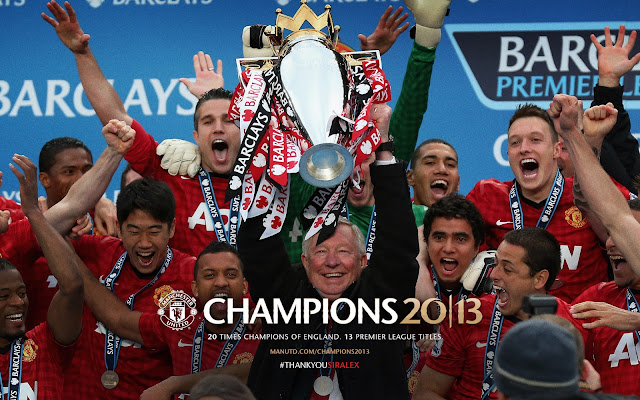 On an unforgettable afternoon at Old Trafford, Manchester United supporters heralded their champions and bade emotional farewells to Sir Alex Ferguson and Paul Scholes before, during and after a 2-1 victory over Swansea.

Javier 'Chicharito' Hernandez slid home the opening goal of the game shortly before half-time of a game in which United bossed possession, only for Michu to draw the visitors level shortly after the interval. 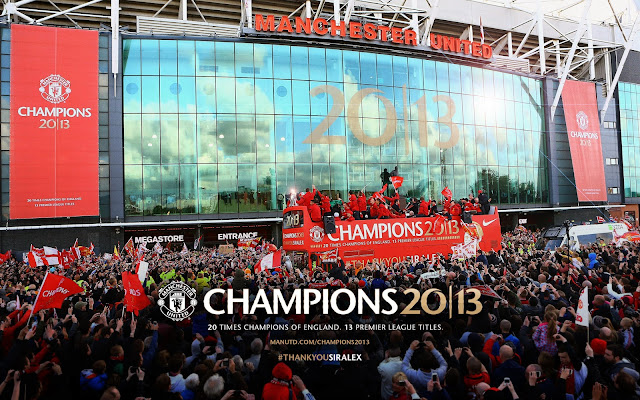 Swansea improved markedly after the break, and either side could have secured victory in an open second half, but it was left to unlikely hero Rio Ferdinand to blast home a Stretford End winner with just three minutes remaining.

It was a thrilling finish to a game which flickered without igniting for large periods yet, however exciting the game had been, it would never have matched the occasion. Old Trafford swayed and resounded for long portions of the afternoon in appreciation of two of United's greatest servants and the return of the Barclays Premier League trophy.

Both teams and their staff formed a guard of honour ahead of kick-off, allowing Sir Alex to enter the arena to a rapturous, spine-tingling reception in which over quarter of a century of residual gratitude poured in the direction of one man.
http://www.manutd.com/en.aspx